With power supply and adapter.

Microverb. It’s a small (about the size of a car radio), black, aluminium-cased device with only three pots, an LED and a rotary selector switch on its front panel. The LED is tri-coloured and acts as a basic input level indicator (like a breathalyser, but without the consequences).

There weren’t many frills on the original Midiverb, but what there were have had to go on the new machine: so there’s no MIDI control of programs, and only 16 preset effects (no names, just numbers).

Like the MIDIverb, the Microverb has stereo inputs and outputs, though the reverb input is derived from a mix of the left and right input channels in the usual way. This means, though, that you can use the unit with a stereo instrument without having to resort to a separate mixer. The reverb output is stereo whether the input is stereo or not, but there is one further refinement: having a stereo input normally means that a dry signal connected to just one input comes out of only that side while the reverb is working in stereo – on the Microverb, one input is configured such that when used on its own, it’s routed to both outputs equally.

There are both input and output level controls, and this, combined with a high input impedance, means you can plug virtually anything into the Microverb and be sure of a decent match. I tried an electric guitar and the +4dB output from a mixing desk with equally good results. The output level control ensures the level is always right for the next piece of equipment in the chain, so the Microverb is equally at home in the studio or at a local pub gig. And particularly handy for live use is a rear-panel remote socket, which takes an ordinary footswitch to act as a bypass control. 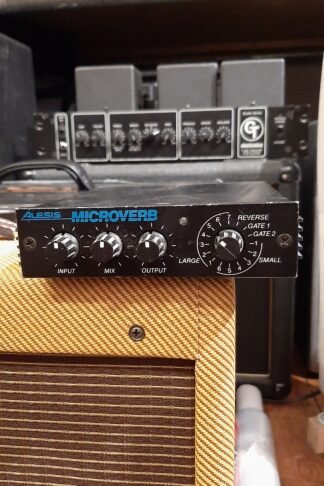 We are open for repairs, setups and PLEK drop-off and collection. For any enquiries, feel free to get in touch. Dismiss